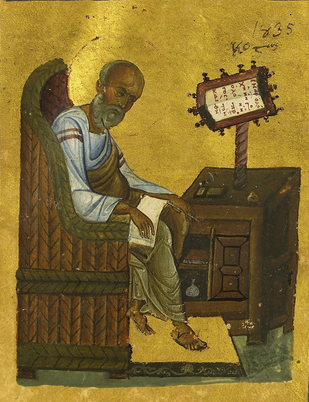 Welcome to the Workspace for Collaborative Editing. This site provides a gateway to the data and tools produced by ITSEE (The Institute for Textual Scholarship and Electronic Editing) at the University of Birmingham.

From the menu you can access the interfaces which form the workflow for the production of the Novum Testamentum Graecum - Editio Critica Maior, all of our published transcriptions and apparatus and a brief background to the Workspace project.

If you have any questions or would like to get in touch you can find our email address in the contact us tab.

The workspace for collaborative editing includes interfaces for transcribing manuscripts and editing transcriptions, collating manuscript witnesses and managing patristic citations. These interfaces can be accessed from the links below.

Please note that these interfaces are primarily for use by collaborators on the Novum Testamentum Graecum - Editio Critica Maior. External users are welcome to view the raw data for the citations, but should note that it is work in progress.

ITSEE doctoral students should use the second link but ensure that they are logged in.

The collation editor is only available to registered users who have editing permissions.

The code for the collation editor is open source and is available to downoad from github in two formats, one for embedding in other web tools and one for running on a local machine. Both versions can be found on the ITSEE github page here:
github.com/itsee-birmingham

The published transcriptions of Galatians and Eph can be found here:
www.epistulae.com/XML/igntp.xml

The published apparatus of the John Majuscules can be found here:
www.iohannes.com/majuscule/index.html

The published apparatus of the Byzantine edition of John can be found here:
www.iohannes.com/byzantine/XML/apparatus/Byzantine-apparatus.xml

The official list of Greek New Testament manuscripts and online images can be found here:
ntvmr.uni-muenster.de/en_GB/liste

The Workspace for Collaborative Editing was a collaborative Anglo-German project funded by the UK Arts and Humanities Research Council (AHRC) and the Deutsche Forschungsgemeinschaft (DFG) between 2010 and 2013.

The goal was to create an online workspace to support the creation of a new edition of the Greek New Testament, the Novum Testamentum Graecum: Editio Critica Maior, led by the Institut für Neutestamentliche Textforschung in Münster (INTF) and the International Greek New Testament Project (IGNTP). This was conceived as a replacement to the Collate software created by Peter Robinson, used since 1995 by both projects but now obsolete. The specifications included the creation of a user-friendly online interface to create XML transcriptions of New Testament manuscripts and a collation tool using the CollateX algorithm developed by the INTEREDITION consortium, with the integration of tools for analysis of the manuscript tradition (the Münster Coherence-Based Genealogical Method) and addition of patristic and versional material to the apparatus.

The original application for funding the Workspace for Collaborative Editing was made by Peter Robinson (Birmingham) and Claudine Moulin (Trier). The project was delivered by three partners:

A demonstration of the Workspace was presented at the DH2014 congress in Lausanne, Switzerland. The abstract is available at: http://dharchive.org/paper/DH2014/Paper-224.xml. Presentations have also been given at a number of other scholarly gatherings, including the Annual Meeting of the Society of Biblical Literature (San Francisco 2011; Chicago 2012; Baltimore 2013).

Other publications associated with the project include:

The project homepage is found on the TCDH website. A limited selection of information about the project can also be found on the Research Councils UK Gateway to Research.